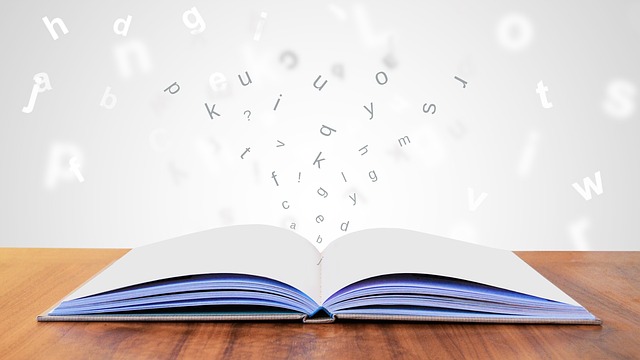 Pick a random group of five or six people in Wisconsin and put them in a room together. Chances are, one of those people cannot read at all, or perhaps cannot read or calculate basic math beyond a grade-school level.

Connie Heidemann and a dedicated group of volunteers around Marathon County are trying to improve those odds through their work with the Marathon County Literacy Council, or McLit.

McLit supports and promotes family literacy for all ages. The organization provides help not only with reading and English as a Second Language (ESL) skills, but also:

It can also take a combined approach to help people work toward earning a GED.

All of their services are offered at NO CHARGE to the public.

Although some organizations provide in-kind services, like the Marathon County Public Library (which provides office space at its Wausau Headquarters location), McLit is funded almost entirely through grants and donations. (See the end of the article for how to make a financial contribution to McLit.)

Heidemann, a retired teacher, began working as a volunteer with the group in 2016, when (as she put it) the organization had somewhat languished into inactivity. It didn’t take long for her to take on the Director role. She joked:

“I was trying to help, and I got carried away.”

But she also was surprised to find that Marathon County, the largest county in the state, did not have an active literacy organization at that time. Having volunteered before, she knew the demand existed because demand exists all across Wisconsin and the rest of the country.

But one thing about that number is, it could be higher or lower . . .

Though Heidemann and McLit volunteers all see firsthand the need for literacy assistance, the current state and scope of adult literacy needs is tough to ascertain because literacy data is well over a decade old. According to a 2016 Wisconsin Public Radio article, 2003 was the last time a nationwide literacy survey was conducted.

According to the group ProLiteracy, nationwide, more than 36 million adults cannot read, write, or do math above a third-grade level. 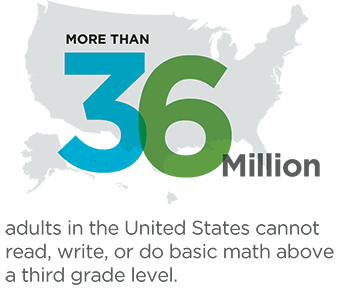 In Wisconsin, the lack of current data is even more acute: The nonprofit Wisconsin Literacy, Inc. (and McLit) rely on stats from the 2000 U.S. Census and even the 1992 National Adult Literacy Survey.

Whatever the actual numbers are, the need for literacy assistance locally is very real.

McLit currently works with more than 30 learners who need help with literacy. (NOTE: Some organizations label those they work with “clients”; others like Northcentral Technical College (NTC) use “students”; McLit staff and I settled on “learners.”) McLit has a roster of 17 tutors who work one-on-one with each learner — meaning tutors often assist multiple learners.

Those of you with high school diplomas or college degrees may wonder how a person could get through life and into adulthood — even to one’s senior citizen years — without learning how to read. Heidemann said:

Because not everyone who seeks literacy help wants to come to McLit’s library office, Heidemann has made a concerted outreach to meet learners in other places around Wausau and the rest of Marathon County.

This outreach includes a new literacy education center located at the Salvation Army in Wausau.

A ribbon-cutting will be held at 11:00 a.m. on November 27, 2018, for the new space that will feature one-on-one help, computers, and several different offices.

All of that help, though, takes helpers!

McLit is always looking for more volunteers — in subject areas all across the board. A college degree or teaching background is not necessary.

Anyone interested in volunteering, or receiving help, must fill out an application (available through the McLit website.) Tutors also will be interviewed and, upon acceptance, will receive training before they are matched with a learner.

I invite you take a moment to reflect on the many OPPORTUNITIES that your literacy and numeracy skills have afforded you . . .

Simply being able to read this eNewsletter opens your world to NEW IDEAS and PEOPLE to appreciate right here in Marathon County — Caring people like Connie Heidemann.

If you’d like to support the work of the Marathon County Literacy Council, you can:

Chad Dally is a library specialist with the Marathon County Public Library, where he’s worked since 2012. He splits his time at the library between reference and programming, and generally prefers to read nonfiction over fiction. He’s heard chickens are smart, but the small brood he keeps at home provides evidence to the contrary.  Email Chad Dally