In County government, policy making often is a tedious process. The mechanics of democracy (including the separation of powers and monthly meeting schedules) often dictate a slow pace. In addition, the people involved often want to:

Even so, every once in a while, an issue or opportunity surfaces that takes everybody out of their comfort zone and requires swift action.

This happened recently in Marathon County . . .

In December 2017, Governor Walker signed legislation that opened the door to metallic mining in Wisconsin with the idea that it would usher in a new multi-billion-dollar industry and create well-paying jobs for Wisconsin residents.

That action was particularly consequential in Marathon County because of a gold deposit discovered in the town of Easton.

You see, in 2011–12, a Toronto-based company, Aquila Resources, conducted exploratory drilling at the site located near the Eau Claire Dells and found gold.

The State’s Department of Natural Resources is equipped to regulate the mining site and protect the surface water from pollution and eventual site restoration. But what about:

If Marathon County wanted to protect its residents from off-site hazards such as these, it had to act before July 1, 2018. That didn’t give anyone the normal amount of time to research the topic and develop and evaluate options.

Alarmed by the State’s mining moratorium repeal, a team of County officials (supported by Paul Daigle, Lane Loveland, Teal Fykson, Cindy Kraeger, and many others in County departments and on County committees) was quickly formed that included these policy leaders: 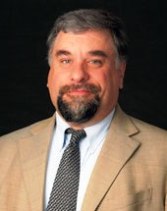 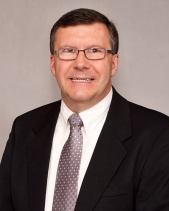 The “easy answer” promoted by many environmentalists was to implement a local ban on metallic mining in Marathon County. But team members were advised that such action was not likely to survive a legal challenge and it could set off a political firestorm that eventually might result in counties being stripped by the State Legislature of the authority to regulate the off-site impacts of metallic mining.

So, our Metallic Mining Team worked overtime, learning about an area no one had any particular expertise in, and they conducted numerous public hearings.

The team’s goal was to strike a balance that provided protection for Marathon County residents from off-site hazards and nuisances and still allowed for mining and all its economic benefits.

In the end, the team created a new zoning ordinance that calls for:

Gold mining has a long history in our country . . . The California Gold Rush (1848–1855) started when gold was discovered at Sutter’s Mill in Coloma, CA.

At that time, the gold was simply “free for the taking” and there was no private property, no licensing, and no taxes. The methods were simple:

Stake a claim and pan for gold.

The huge number of newcomers attracted by “Gold Fever” drove Native Americans out of their traditional hunting, fishing, and food-gathering areas, and as a result, many of them starved.

Now, nothing nearly that dramatic is at stake in Marathon County. There are, however, several real-life concerns that any citizen would have when learning that a gold mine could be developed next door.

To proactively address such concerns, the County’s Metallic Mining Team acted in an informed way; they involved the public in the process; and they were successful in striking a balance among competing interests that resulted in a 36-0 vote to adopt the new ordinance in April 2019 — well ahead of the July 1, 2019, deadline.

For this exemplary public service, the multi-disciplinary Metallic Mining Team was honored as the “Team of the Year” — a high honor bestowed by grateful colleagues.

You may be opposed to government regulation generally, and you may not be able to envision ever needing protection from the impacts of mining here in Marathon County.

The day may come when the great work of this Metallic Mining Team provides you the opportunity to voice your fears and concerns and get them addressed by a mining company through a legally enforceable agreement as part of this new Metallic Mining ordinance.

Our Metallic Mining Ordinance Team exemplifies everything that we want from the people who lead Marathon County forward . . .

They came together in a time of need — with different backgrounds, leadership roles, abilities, and areas of expertise — and selflessly pooled their talents in service to the residents of Marathon County.

“It is amazing what you can accomplish if you don’t care who gets the credit.”

In his Administrator role, Brad Karger leads an organization with 700+ employees and an annual budget of more than $165 million. Brad has been in leadership positions with Marathon County for the past 30 years. He is known statewide for generating innovative ideas and solutions to problems, openness and transparency, and a commitment to community service that extends well beyond the normal workday.  Email Brad Karger.