Dr. Doug Cybela is a teacher at heart…

He started his career as a psychology teacher, teaching for 15 years at Wausau West High School before deciding to go back to school to earn his PhD in psychology from the University of Wisconsin–Madison. 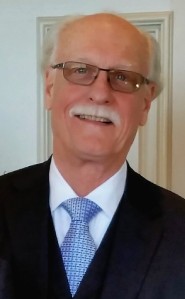 With the intuition and presence of a professor, the white-haired, white-mustachioed doctor steadily explained Marathon County’s remarkable performance enhancement program to me. Armed only with a quick Google search of “EMDR,” I met him one morning to find out how the county’s leaders are working on becoming even better by strategically training their minds. Dr. Cybela explained:

“Eye Movement Desensitization and Reprocessing is a technique that was originally developed to treat trauma. It has been highly researched; in fact, there is more research on its effectiveness for trauma than all other types of trauma treatment combined. There is an EMDR library. It’s one of two or three techniques that are approved by the federal government for the department of defense for treatment of trauma.”

From Trauma to Training

I was intrigued… What does a trauma treatment have to do with improving leadership performance?

Dr. Cybela explained that he developed the performance enhancement program decades ago after getting specialized training from a psychologist who used the treatment on Olympic figure skaters to develop their confidence:

“She trained myself and eight other practitioners in the Central Wisconsin area that I assembled. We incorporated that and used it as a kickoff for Marathon County.”

After that initial seminar, Dr. Cybela developed a coaching performance program for leadership and management. He made sure that it was time-limited to five or six sessions.

“The time restricted protocol has been very appealing to everyone in the county because it forces us to get the work done in a short amount of time, and it also doesn’t set the stage for an ongoing clinical relationship.”

But What IS It?

“There’s an eye movement thing going on, but you are basically asleep.”

Karger is one of around 350 Marathon County employees who have worked with Dr. Cybela to develop abilities over the last 25 years.

“You’re not hypnotized. I know that I could turn on the lights and walk out of the

room at any time. I know that I am still in control. But I’m not what I am normally. I’ve only got one thought; he’s calmed me to the point where this bilateral thing is now triggering a different part of the brain. It’s really the reptilian part of the brain he needs to talk to.”

At one point in our conversation, the pedagogical Dr. Cybela pulled out a photocopied chart of the human brain to show me exactly how it worked. He explained:

“When I do EMDR with somebody, I not only do EMDR, but I’ll explain in detail what’s happening. How it’s working. This little guy right here [pointing at an almond-shaped part deep in the brain]… The amygdala is the fight or flight system. It’s the alarm system of the brain. And this is the hippocampus. Your stored memory is here.”

Dr. Cybela explained that during EMDR, a person’s amygdala and hippocampus are interacting in the same way they would during rapid eye movement (REM) Stage 4 sleep — the deepest sleep.

Karger noted that when the county started the performance enhancement program 25 years ago, there was some hesitancy:

“You’re not visiting a shrink — You’re making thoroughbreds faster. At the beginning, I wanted to use EMDR to help people I thought could benefit from this treatment approach. But then we dropped that because the staff were reluctant. Or defensive. So I said, ‘Okay, I’m going to pick out my 10 best players and we’re picking them. We’re offering them an opportunity. And we’re going to talk about how this protocol is used for Olympic athletes. We’re not talking about remediation at all. We’re investing in the best players.’”

The county’s best leaders have all worked with Dr. Cybela.

“EMDR was very powerful for me. The process worked quickly and delivered lasting results that enhanced my professional development.”

unconsciousness,” she shared. “I discovered that when painful life experiences are retriggered, we automatically slip into old patterns of behaviors that many times are not very effective. Stress also plays into this and will affect day-to-day working relationships. Dr. Cybela’s EMDR program gave me an awareness of my triggers and stressors. As a result of Dr. Cybela’s EMDR program, I am better able to catch myself, thus avoiding ineffective old patterns of behavior.”

Part of what makes this program so successful is that Dr. Cybela is laser-focused on one objective: improving leadership abilities.

At the outset, Dr. Cybela has participants identify goals they’d like to work toward during their sessions together. He pairs the therapy with a couple of personality assessment tools that help him craft a profile that helps him understand how a person handles stress. He explains:

In Karger’s case, he wanted to work on one of his major fears: public embarrassment. Karger reflected:

“Nobody likes that! Through the EMDR, we traced that back to an event which to most people wouldn’t have been much. It was a public embarrassment, and now I’m constantly working to avoid having that happen. I don’t remember the age, but I was under 10. But I’m a gown man now!”

Talking with Dr. Cybela, Karger has been able to reckon with that inner dialogue to get over that fear and replace it with real talk. Karger acknowledged:

At the end of the EMDR program, Dr. Cybela returns to the objectives the participants identified at the beginning. He revealed:

“I want them to note where they are at, how they’ve progressed, how they’ve documented it. What have they done to make the change? It’s habit. If you don’t understand the habit and repeat the new habit, you’re in the same situation again.”

Dr. Cybela notes that the program’s success rate is about 85%:

“That highly sensitive triggering material moves over to the hippocampus so it doesn’t bother you anymore and so you don’t have that emotional reaction to it. In this business, 85% is pretty darn good!”

Dr. Cybela recently retired from private practice, but he wants to see the county’s leadership program continue. He plans on working with county employees through this year while imparting what he’s learned to Dr. Bill Schmelzer, who will pick up the EMDR mantle.

Katie Rosenberg is a Marathon County Board Supervisor representing District 1. She is passionate about engaging the community and is active on social media and in organizing neighborhood constituent meetings with her Wausau City Council counterpart, Alderperson Pat Peckham. In her free time, you can find Katie enjoying the outdoors with her husband on bike, on roller skates, and in trail shoes. She also enjoys attending all manner of political events, traveling the world, and cooking up a mean vegetarian soup.  Email Katie Rosenberg