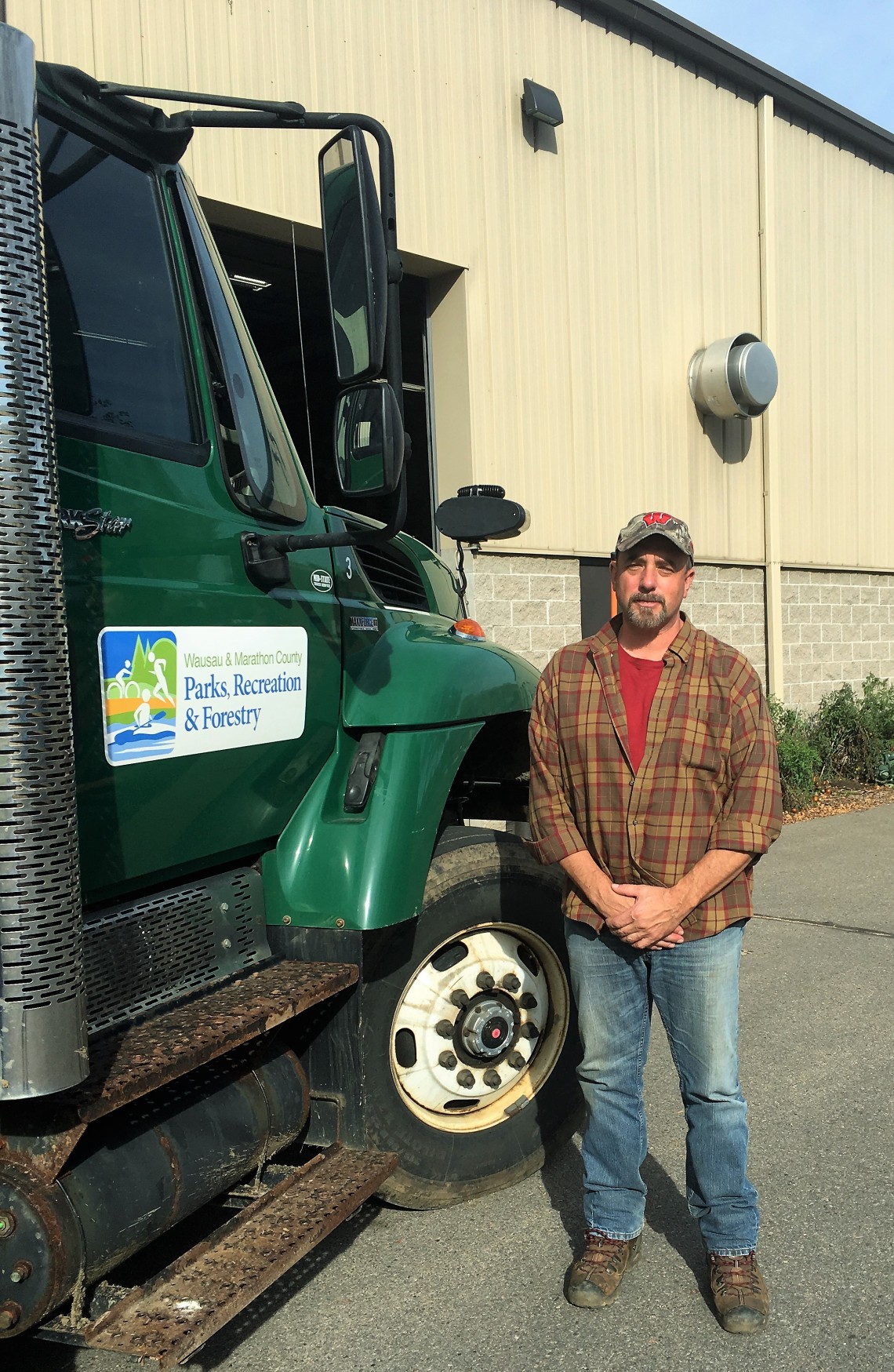 His face lights up when he talks about 16-year-old Karson’s talent on the D.C. Everest High School JV football team (offensive and defensive tackle, punter, and kicker). How the young man was invited up to kick for the Varsity team, and how — like Aaron Rogers — he is now out for the rest of the season (this time with a banged-up knee).

Twenty-year-old Kole is in college in northern Wisconsin and not as available to fish these days, but when he’s around, the three of them bring considerable talent and fear to trout in streams around this part of the state.

I asked him if (like other trout fisherman I know) he kept his good fishing holes all to himself. He replied:

“No, if someone asks [where], I tell them. Because they still have to know HOW to catch them.”

Jason has been recognized as this quarter’s Core Value Role Model–Service for Marathon County.

On September 12, 2017 (when he probably wished he was wading through sparkling stream waters), he was putting in overtime helping to complete construction work at the 45° N x 90° W Geographic Marker (shown below) west of Poniatowski, in the town of Reitbrock. 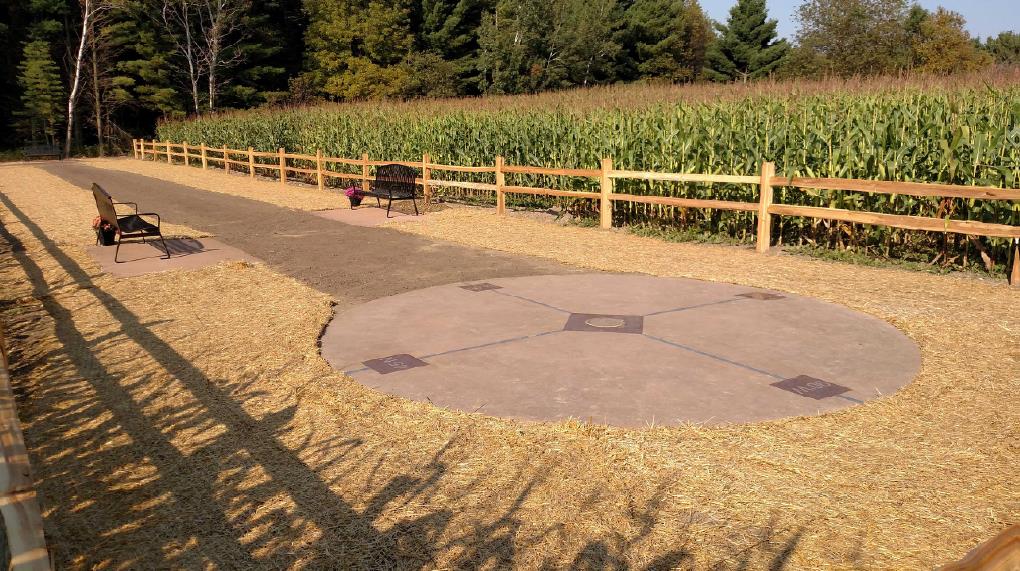 An elderly woman who was visiting the site approached him in distress. She had lost her car keys. It was a hot day, with summer not ready to surrender to fall. The woman was upset and confused. Jason traveled the path with her looking for the lost keys, but to no avail.

She explained that she lived in the area and asked if she could get a ride home. She didn’t have a cell phone or anyone who could come to get her. Jason knew that it was against county policy to give someone an unauthorized ride in a county vehicle. The women was starting to show the effects of the heat — and of her predicament.

Jason contacted his supervisor and asked permission to drive the woman to her home in Poniatowski. It was granted.

He took her home and made sure the woman was safely inside her house before he left.

The next morning, the Parks, Recreation, and Forestry Department received a call thanking Jason for his help. The woman contacted relatives in the area who were able to retrieve her car — after she found her keys in the pocket of her jacket.

Jason Knetter exemplified the county core value of Service by recognizing a person in distress and acting promptly to come to her aid to ensure her personal safety.

Congratulations to Jason on being named Marathon County’s latest “Person of the Quarter” for demonstrating a core value behavior that went beyond the normal scope of day-to-day job duties.

Karyn Powers joined the Parks, Recreation, and Forestry Department in 1991. Prior to settling in Marathon County, she spent 5 years working for the Department of Defense in Morale, Welfare, and Recreation Services for the U.S. Navy in Iceland and the U.S. Army in South Korea. She holds a bachelor’s degree in Park and Recreation Administration and a master’s degree in Education. In addition to being the city/county Recreation Superintendent, she is a published poet and author. Karyn fell in love with Marathon County as a college senior when she interned here in 1979, then traveled halfway around the world to get back here as soon as was possible.  Email Karyn Powers.